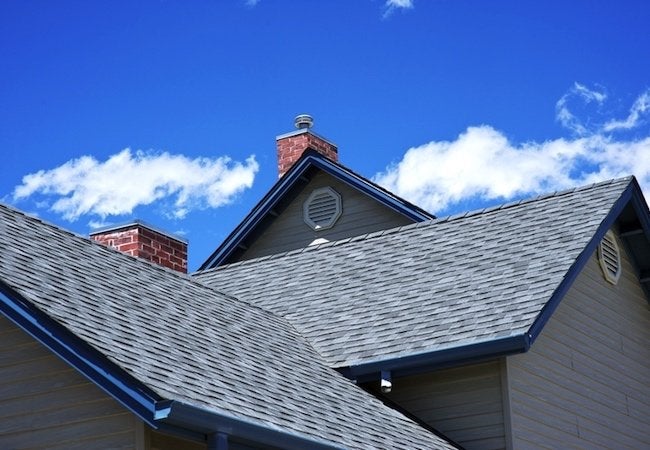 It’s true that you only really notice your roof when you step outside and look up at it, but that

doesn’t mean that it isn’t important, and it has a vital role in protecting you and anyone living

While a roof is a big investment, cutting costs could end in disaster, and is not recommended for

It really is as simple as that. The cheaper your roofing contractor, the less likely they are to spend money on good quality materials. While you may think this isn’t a problem as long as it saves you money, think about having to replace or repair your roof in a few years’ time due to poor workmanship or low-cost materials.

A Low Offer Could Result In An Incomplete Job

Giving you a low bid for a new roof may sound enticing, but what often happens is that the roofing company are forced to alter, or even abandon the project before its finished because they simply can’t afford to give you the roof they promised you, at such a low cost. They may even charge you for problems they encounter during the work that they either failed to notice during their assessment, or opted not to disclose to you.

When Corners Are Cut, Safety May Be Compromised

In order to give you a low quote for their work, cheap and untrustworthy roofing contractors may cut corners that can compromise the overall safety and integrity of your roof, and this could spell disaster for you in more ways than one.

You may not realize it, but your roof might need to be replaced due to damage, wear and tear, and anything less could endanger the lives of anyone living under it. However, some unscrupulous roofers will suggest that they simply repair your roof, which will obviously mean that they can offer you a lower price that you’re more likely to accept. A smaller bill now, could result in a huge bill further down the line though, making your original investment, pointless.

A cheap estimate for a roof replacement may indicate that those who will be working on your roof, are anything less than qualified, since naturally, those individuals are cheaper to hire. With only the barest of certification and/or experience, such roofers could jeopardize the safety of your entire home.

You may also find that a cheaper roofing contractor is more than difficult to get hold of, which should not be the case, especially when you consider how much money you’re investing in having a new roof installed. They should be easy to get in touch with and ready to answer your queries whenever you need them, anything less could signify an unprofessional, cut price company who are only interested in profits.

With something as important as a roof, you should never cut corners, it simply isn’t worth

it, even if the thought of spending less on it, may initially seem enticing. Your roof needs to

years to come, something that you won’t be able to depend upon if you cut costs and use a